Come one, come all to a fun, informal gathering of the Massachusetts criminal defense bar. Appetizers will be provided, and there will be a cash bar as we mingle and share stories from this past year with old and new friends. Cost is only $30 for members and $40 for non-members. New members may join MACDL for free for one year and also get the reduced member rate for this event!

To register for the 2018 Annual Winter Meeting, click the button below:

We will be giving the MACDL President’s Award, to honor the criminal defense attorneys behind the Farak litigation that recently resulted in the SJC’s decision to vacate thousands of drug convictions based on misconduct by a state chemist and former prosecutors. 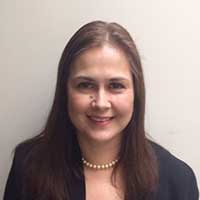 Jennifer Appleyard has been a solo practitioner since 1997, primarily representing indigent clients. She says, “It was a privilege to represent Mr. Penate and have the opportunity to work with such a distinguished group of colleagues; the most rewarding aspect of this litigation is to see that justice was eventually obtained for the victims.” 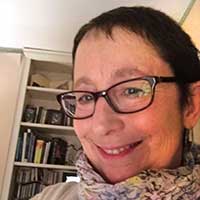 Nancy J. Caplan has been an advocate for low-income individuals for over forty years. Before starting law school in 1980, she worked for five years in New York City, first for MFY Legal Services as a government benefits advocate and then for the Prisoner’s Rights Project of the Legal Aid Society as a paralegal. She graduated from Northeastern University School of Law in 1983 and then began her career as a CPCS public defender. As a public defender, she has practiced in Hamden, Hampshire, Middlesex and Suffolk Counties. She has mentored and supervised many wonderful lawyers and contributed to multiple training programs within CPCS and the criminal defense community. Since April of 2013, she has been the Attorney in Charge of the Drug Lab Crisis Litigation Unit, created to respond to the Annie Dookhan/Hinton Drug Lab debacle.

Matt Harper-Nixon has practiced post-conviction criminal defense since 2008. His initial involvement in the Sonja Farak matter was during his time on the post-conviction panel. In 2016 he joined CPCS’s Drug Lab Crisis Litigation Unit. He is grateful to be included in this award alongside such skilled and accomplished attorneys.

Rebecca Jacobstein joined the Appeals Unit of the Committee for Public Counsel Services in April 2014. Before that, she worked as an appellate attorney at the Office of the Appellate Defender in New York City, as a trial attorney at the New Hampshire Public Defender's Office, and as a sole practitioner focusing on post-conviction representation in Massachusetts and federal courts.

Karen Morth practices law in New York and Massachusetts. She has represented post-conviction clients as CPCS private counsel for about 20 years. Karen is honored to have had the opportunity to consult with Luke, Rebecca and Jim during the Farak litigation. 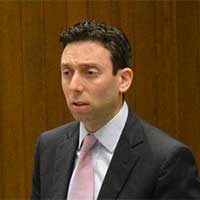 Jared Olanoff was a trial attorney for nine years with the Springfield superior court office of the Committee for Public Counsel Services, and has been in private practice for the last five years.

Luke Ryan is a partner at the Northampton law firm of Sasson, Turnbull, Ryan & Hoose. He has been a MACDL Board member since 2015 and serves as MACDL’s representative on the Supreme Judicial Court’s Standing Advisory Committee on the Rules of Criminal Procedure.

We are also pleased to announce that MACDL will be giving a new award at this event. The Burnham-Hines Award honors a new criminal defense attorney who has been practicing for less than ten years and whose work shows exceptional promise, skill, and innovation. The award is named for Margaret Burnham and for Geraldine Hines.

Judge Burnham was the first female African American Judge in Massachusetts. She was a defense lawyer prior to her appointment and her clients included Angela Davis. She has mentored and trained many young lawyers as a Professor at Northeastern, where she now runs a project to bring restorative justice to victims of racial violence.

Justice Hines was also a defense lawyer. Before her appointment to the Superior Court and later to the SJC, she was in charge of the Northeastern Criminal Defense Clinical program. She was the first female African American SJC Justice. Combining the names of these extraordinary defense lawyers and jurists in the award also has a special significance because they were founding partners of the first African American women owned law firm in Massachusetts. 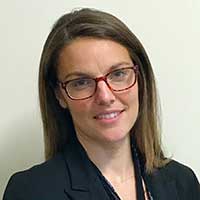 This year, we are awarding the Burnham-Hines Award to Alyssa Hackett of CPCS.

On January 4, 2021, MACDL filed an amicus letter, written by Attorney Amy Belger, in support of an application for Further Appellate Review in a case in which the trial judge concluded that members of the Narcotics Bureau of the Springfield Police Department intentionally destroyed evidence favorable to the defendant.

On 12/24/2020, MACDL, CPCS, and ACLUM filed a complaint in the Supreme Judicial Court alleging that Mass. Houses of Corrections still are not undertaking essential steps to mitigate the threat of COVID-19