in Suit by Farak Defendant

The First Circuit has upheld the Massachusetts District Court’s denial of absolute immunity to a former Assistant Attorney General who withheld exculpatory evidence of a state lab worker’s drug use. In a § 1983 suit by a defendant who served more than five years before his conviction was dismissed following disclosure that Sonja Farak was addicted to drugs and tampering with samples during her employment as a drug laboratory chemist, the First Circuit held that AAG Anne Kaczmarek must face the plaintiff’s claims that she suppressed critical exculpatory evidence in his case. The suit therefore moves forward against Ms. Kaczmarek and other defendants. MACDL submitted an amicus brief to the First Circuit advocating for the court to affirm the District Court’s denial of absolute immunity. 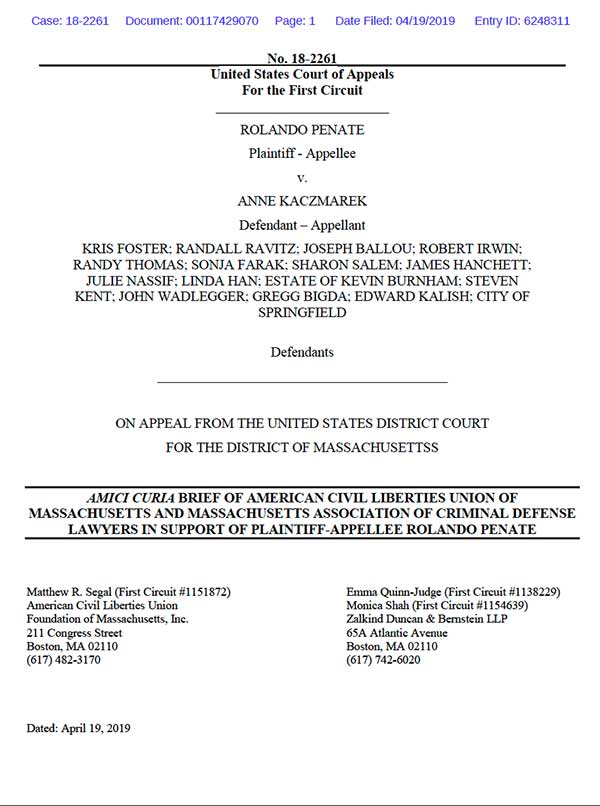 MACDL is outraged by the most recent show of force and violence against Ahmaud Arbery, Breonna Taylor, and George Floyd, events that are endemic to Black America and reflect the history of racism and oppression in this country. But it is not enough to be outraged. We must confront how our criminal justice system has failed people of color…

MACDL has postponed its annual postconviction seminar scheduled for April 3, 2020 due to the coronavirus.

November 4–9, 2020: Join us on our first ever cruise conference, including two full days of training on relevant topics. CLEs will be available. A $200 deposit is due by March 15, 2020 to reserve your space.