This author has not yet filled in any details.
So far Jim DiNatale has created 7 blog entries. 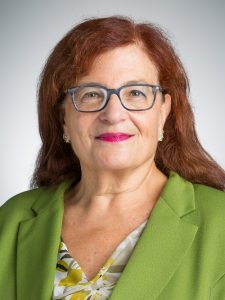 Featuring keynote speaker, Andrea Lyon, author of The Feminine Sixth: Women for the Defense, accomplished death-penalty lawyer, and Dean of Valparaiso University Law School. Ms. Lyon is a nationally recognized expert in the field of […]

Boston, Mass. (May 23, 2018) — The Massachusetts Association of Criminal Defense Lawyers (MACDL) condemns attempts by lawmakers to impeach Judge Timothy Feeley for his decision to sentence Manuel Soto-Vittini to two years of probation following his guilty plea to charges of drug distribution.

On April 11, the House Committee on Ways & Means released its budget recommendations for the next fiscal year, FY 2019.  The House budget provides for an increase in appropriation for private counsel compensation, increasing the rate of compensation for Superior Court cases from $60 to $68 per hour and for Mental Health cases from $50 to $53 per hour.

While we are pleased to see the […]

In a letter to the editor, MACDL President Derege Demissie and Legislative Policy Chair Marty Rosenthal highlighted the failures of the Massachusetts Senate’criminal justice bill:

To the Editor [RE: “Criminal justice debate heats up” (Mon, Oct 9th)]:

Your IMMEDIATE help is needed! The Massachusetts Legislature is currently considering House Bill 751 increasing the rate of pay for their bar advocates. Sponsored by Rep Cronin of Easton, House Bill 751 proposes:

The rates of compensation payable to all counsel, who are appointed or assigned to represent indigents within the private counsel division of the committee in accordance with the provisions of paragraph (b) of section 6, shall, subject […]

The brief explains why gang databases are artificial racist constructs and unreliable indicators of criminal behavior. Therefore, the fact that someone has been placed in a gang database should not be a basis for reasonable suspicion that he or she has committed a crime. Read More…

A plan to identify a global resolution for any controlled substance conviction resulting from a Hinton Lab case between May 1, 2003 and August 30, 2012.